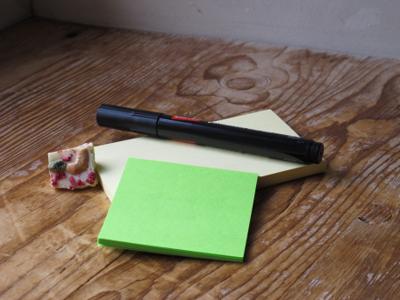 It almost feel like forever since I blogged last. Turns out that I’m on the road again for a KDE event and so it’s the right time to open my blog and take a few minutes to write something.

I’m sitting in a large house in Randa as I took some time to attend the Platform 11 sprint. It seems to become a small tradition in the sprints I attend to setup a Kanban to keep track of what we’re doing. Since this sprint is about giving some love and direction to our frameworks offering, I also used the opportunity to experiment with a couple of Innovation Games.

The aim of those games was to facilitate the brainstorming groups we had on the first day. We broke out the output of those groups into discussion topics that we track in our Kanban, I think the result is really telling: 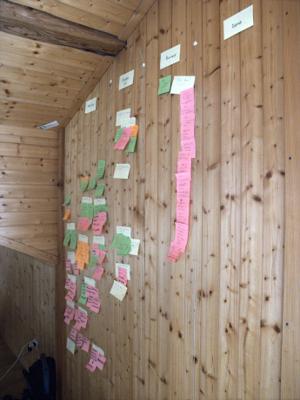 What you can probably imagine from that wall is that we have a lot of ground to cover. So far it’s going on at a nice pace, I’ll probably make another picture at the end of the sprint. We also have some smaller somewhat individual technical tasks that we’re tracking in a smaller specific Kanban, I might take a picture of that one as well later on.

We obviously had some very important discussions already, so we have interesting preliminary results… But I won’t talk about that today, the paint is still fresh on them and we probably need to consolidate all of that at the light of discussions yet to come.

If you like our frameworks already, or if you were too shy to really use them: stay tuned for more awesomeness and love coming to them!