Yesterday, everybody worked hard. I spent quite some time working on splitting useful GUI related code outside of KIO. This way it’ll be reusable for other frameworks like Akonadi or Solid. It’s a big chunk of work, so it was far from finished but I decide to go to bed early.

Hence why today morning I managed to wake up earlier… And caught up Harald when he was trying to wake up: 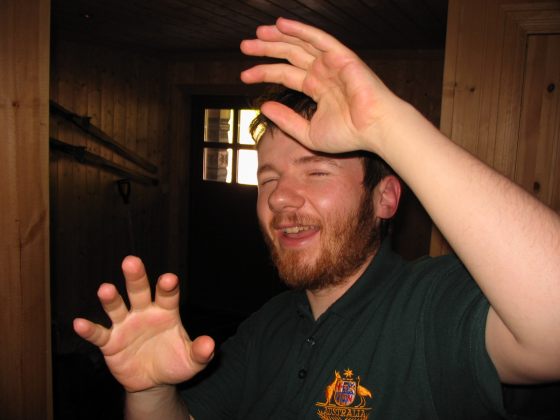 During the whole day, I continued my work with jobs and kio, the first phase of the changes is almost ready to commit. I’ve been stopped mostly by only two events: a group meeting (will probably end up as a proposal on k-c-d), and lunch. Hmmmm, Lunch! We had a BBQ, it was just perfect! Thanks to Marius for managing this so well.

George and Celeste arrived this afternoon, it’s nice to see them around again. We’re almost all there, only Till is missing, but he’s supposed to arrive later tonight.

This evening the german team is playing in the world cup. That’s why we’re facing a strange phenomenon, it started with coolo, but people here are infected by a german fever: 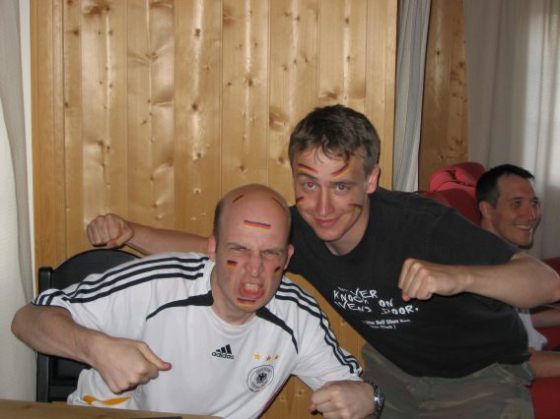